“the work of farming is essential to our culture, communities and individual and family lives, as such our farms must be actively supported.  The benefits of such engagement leads to abundance.” 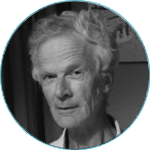 Simon Blaxland-de Lange works in the social care sector and as a translator.  He has been a member of Hoathly Hill Community, West Hoathly since 1991, where – together with a group of Pericles students – he is responsible for making BD compost for the Community and growing soft fruit for the Sharpthorne Organic Cafe.  He became a Trustee in 2000 as a result of his close involvement in the Tablehurst and Plaw Hatch Farms Co-operative, at the time as a member of the Committee and of the Plaw Hatch Management Group.

Oliver Fynes-Clinton is retired but recently worked at Tablehurst Farm as director, book keeper and administrator. Some years before that he worked at Emerson College as Estate Manager and was a trustee at the time that Tablehurst Farm was transferred to St. Anthony’s Trust. In 1972 he moved to the Forest Row area and became involved with community initiatives associated with food and agriculture and until the mid 80’s was connected in a number of ways with Plaw Hatch Farm. He is currently the St. Anthony’s Trust administrator. 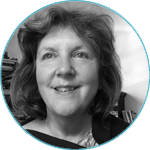 Jo Reeves currently works at Michael Hall School as a History teacher in the Upper School and Guardian to Class 11.  She is a solicitor having gained her LLB and Masters in Law from Warwick University. She practiced law for over 10 years initially training within a property and land based firm and then setting up a partnership that worked primarily with legal aid cases. She also volunteered as Chair of Reading CAB and the Womens’ Aid Refuge. She is inspired by Steiner’s insights into education, human development and community and joined St. Anthony’s as a Trustee to support their work. Within the Trust her particular areas of interest are in supporting community land based projects (Tablehurst and Plaw Hatch) and St Anthony’s objectives for both education and support for the elderly within their Trust Deed. 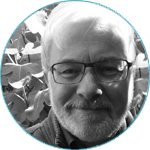 Jeremy Smith lives and works in Forest Row, East Sussex in the UK. He has worked in various branches of education since 1986, in both employed and self-employed roles and currently works on a part-time freelance basis at Emerson College. He has had an interest in the work of Rudolf Steiner for many years and has spent several years as the education facilitator in a Steiner school. Jeremy has also been the trustee of another Steiner school, has worked as a member of the executive group of the Steiner Waldorf Schools Fellowship and has been a lay inspector for Ofsted inspections of Steiner schools. Jeremy is very involved with biodynamic agriculture and he is an executive director of Tablehurst Farm and has recently taken on a part-time role as manager of the farm’s care home, a small residential facility for adults with learning disabilities. 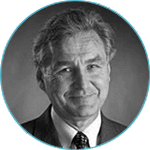 Brian Swain has been a member of the Forest Row community since 1983 when he attended Emerson College.  Professionally he is an organisational development consultant working mainly in the UK with some assignments across Europe.  Currently his work is with large construction projects, their organisation and performance.  His work focus is collaborative working, communication and value creation.  He has been a supporter of Plaw Hatch and Tablehurst farms since before the formation of the Co-op, has been a director of the Farm Co-op for 14 years and recently joined St. Anthony’s Trust. 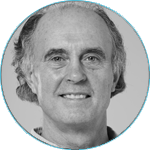 David Thomas has lived and practised as a chiropractor in Forest Row since 1982.  David’s interest in nutrition led to his independent research and published papers on the historical loss of minerals in our foods. This trend, he feels, plays a potentially negative role in the physical, mental, emotional and spiritual health of our society.  Consequently he feels very fortunate to be able to enjoy excellent quality foods from our local BioDynamic farms, to be a Trustee of St Anthonys and thereby have the opportunity to actively partake in pursuing its various roles – including helping to establish other community based Bio-Dynamic farms. 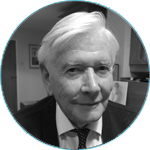 Bob Wills was always involved in creating and running businesses, the last one a factory in Lower Road, Forest Row, which he ran for a long time. He has had a lifelong interest in the work of Rudolf Steiner. He was a pupil of Michael Hall School, originally at the New School in Streatham. Through Christopher Mann, a good friend and teacher at Michael Hall who was also heavily involved in biodynamic agriculture, Bob became a founding trustee of St Anthony’s Trust, which bought Plaw Hatch Farm when it got into financial difficulties and enabled it to continue as a biodynamic farm. Owning and running a farm did not sit easily within the Trust’s charitable objectives, so Bob was also involved when it became possible for the farm to be taken into community ownership in 2005 and join the Tablehurst and Plaw Hatch Community Farms Co-op. Since then, Bob has continued to be involved with the work of St Anthony’s Trust in supporting the training of biodynamic farmers and growers.